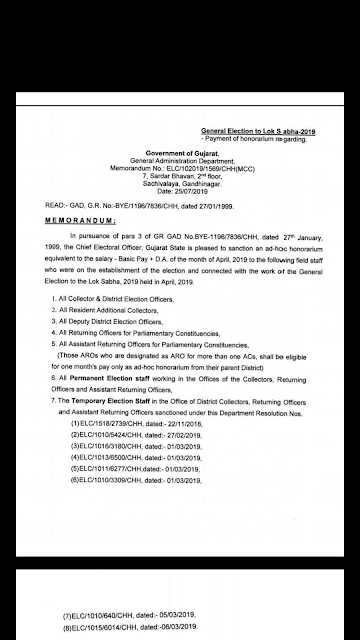 Why is this bonus for

This year it was expected that some seats will be won by opposition but all 26 loksabha seats won by the Ruling party in Gujarat so in this occasaion Gujarat government announced the bonus for the election staff.
It was a report in news paper some days before but now its the official letter from the government of gujarat.

All the staff who performed the election duties will get the bonus 1 month salary +100% DA .

Who will get the bonus salary

The employee who is working on fixation or contractual bases will recieve one month salary of thier fix one month salary.
Download official letter of bonus salary
Click here