SEB State examination board declares the official marks analysis of the TAT exam for the higher secondary. 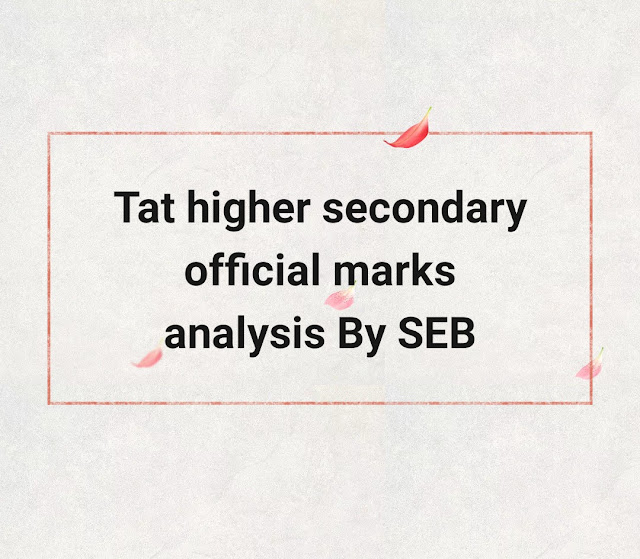 To download click on above image
You can download all question paper here .
Today Tat exam had been taken for secondary teachers .all major city were the center of examination and allmost 1.38 lacs candidates applied for the exam

According to candidates paper was easy ,and awaiting for the answer keys of TAT exam held on 27/01/2019 which will be available soon on this website.

Tat result awaited eagerly by all the candidates because its lotsof time gone but exam board not declare the above result as they said they didnt get the permossion of the Election commision because of the election of loksabha. now they again asked for permission and if it is granted then
they will publish the result.
Tat exam was taken twice earlier.first one was cancelled due to paperleak scam and then they organised exam on 27 january 2019.and still result awaited .now they are applied for the permisson of election commision and result will be announced as per the election commision permission